The Mecum 31st Annual Vintage and Antique Motorcycle Auction is taking place right now in Las Vegas. This is a great event; the coolest motorcycles in the world all pass through here eventually. It started Tuesday and will end tomorrow. You can log on to Mecum.com to see the motorcycles that have been purchased so far. Here are a few. Some are still bargains and some most definitely are riding the wave of Covid overpricing. 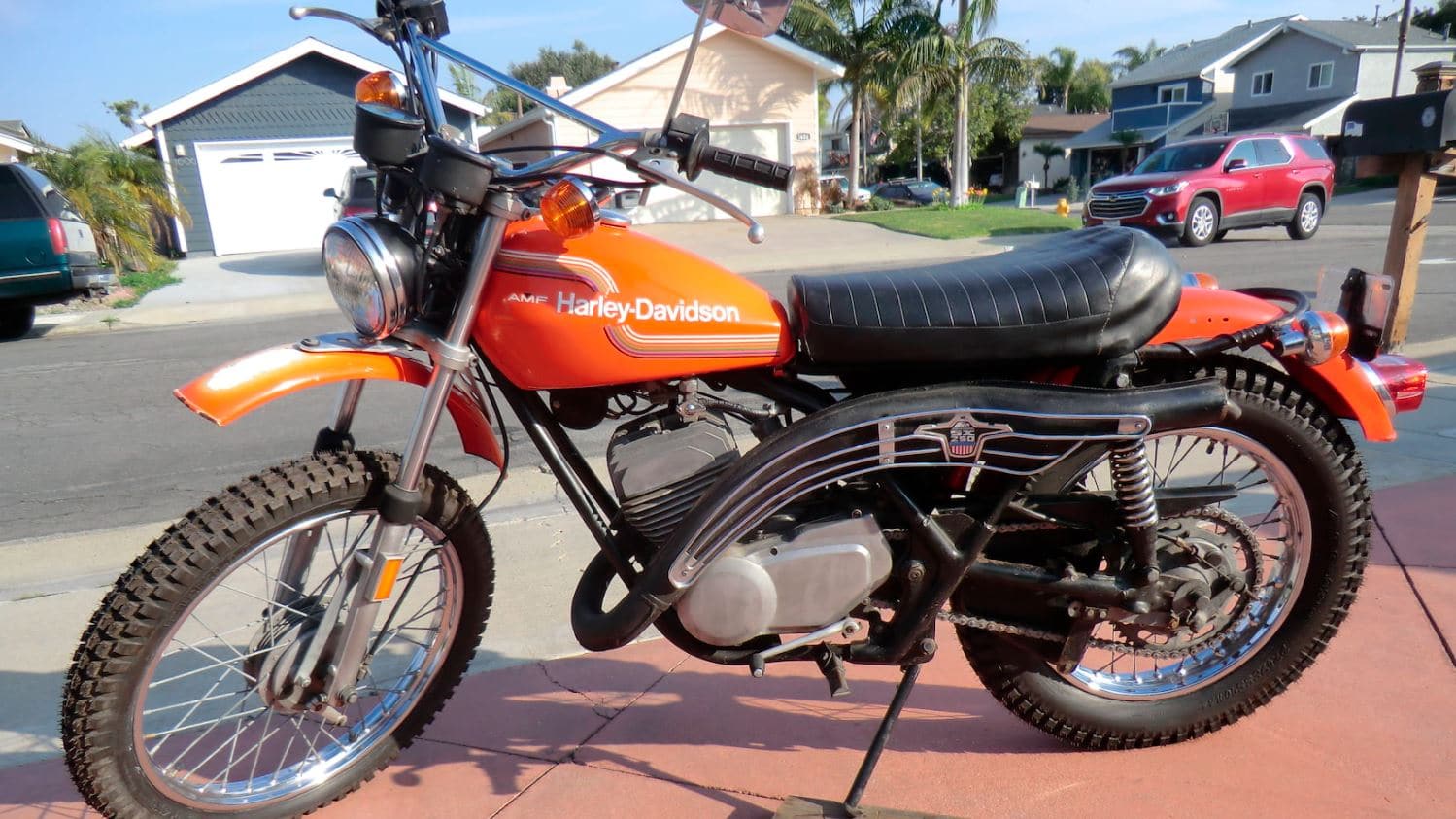 This 1975 Harley Davidson 250 Enduro fetched a price of $3850. That’s about what it’s worth. This was manufactured in the Aermacchi factory on the shore of Lake Varese. Aeronautica Macci, as the company was known in the early years, made about the only Italian fighter in WW2 that stood a chance against Spitfires and Mustangs. Harley Davidson purchased the factory to build all its lightweight motorcycles of the ‘70s. That factory is still making motorcycles today, under the MV Agusta name. 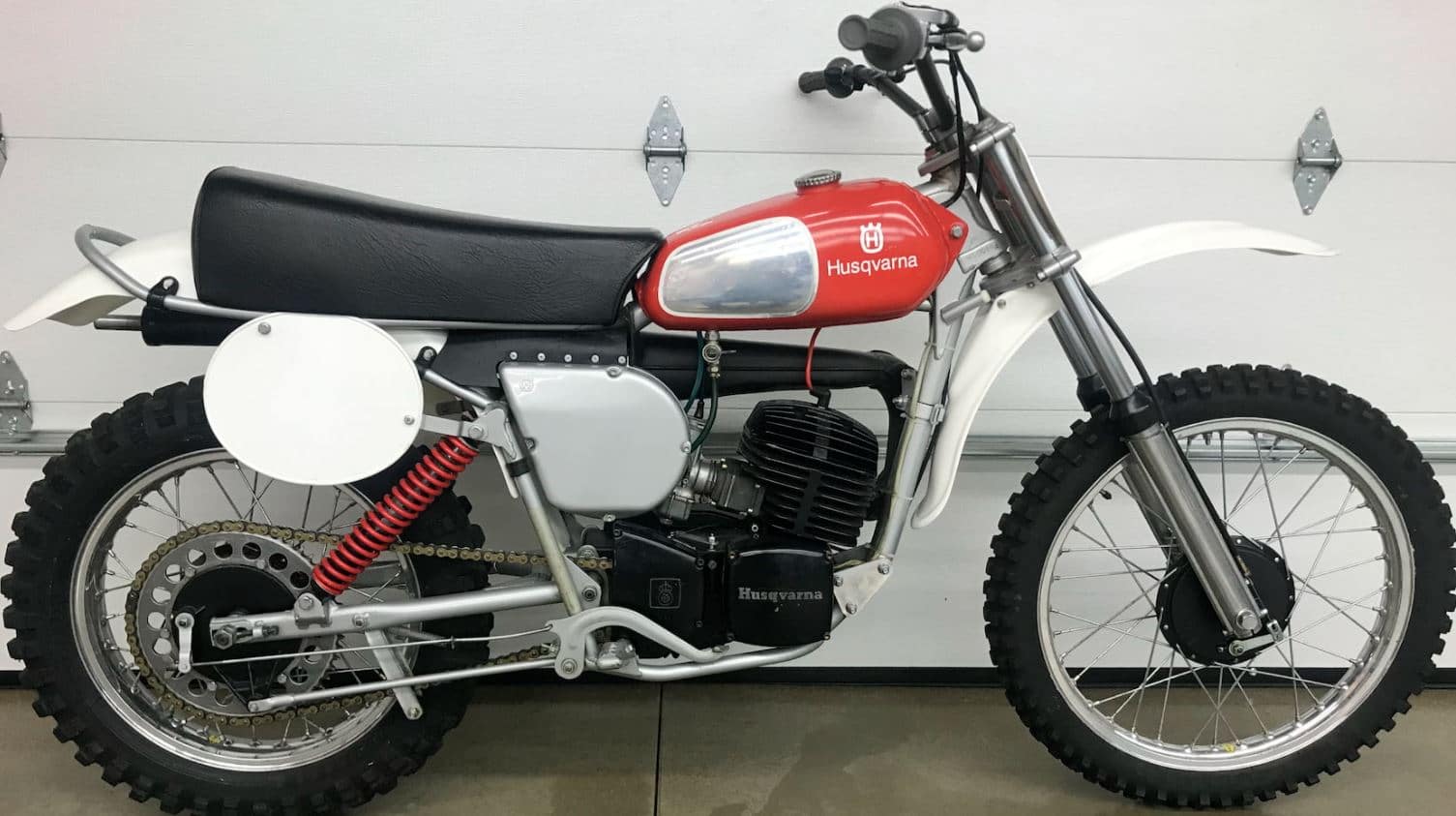 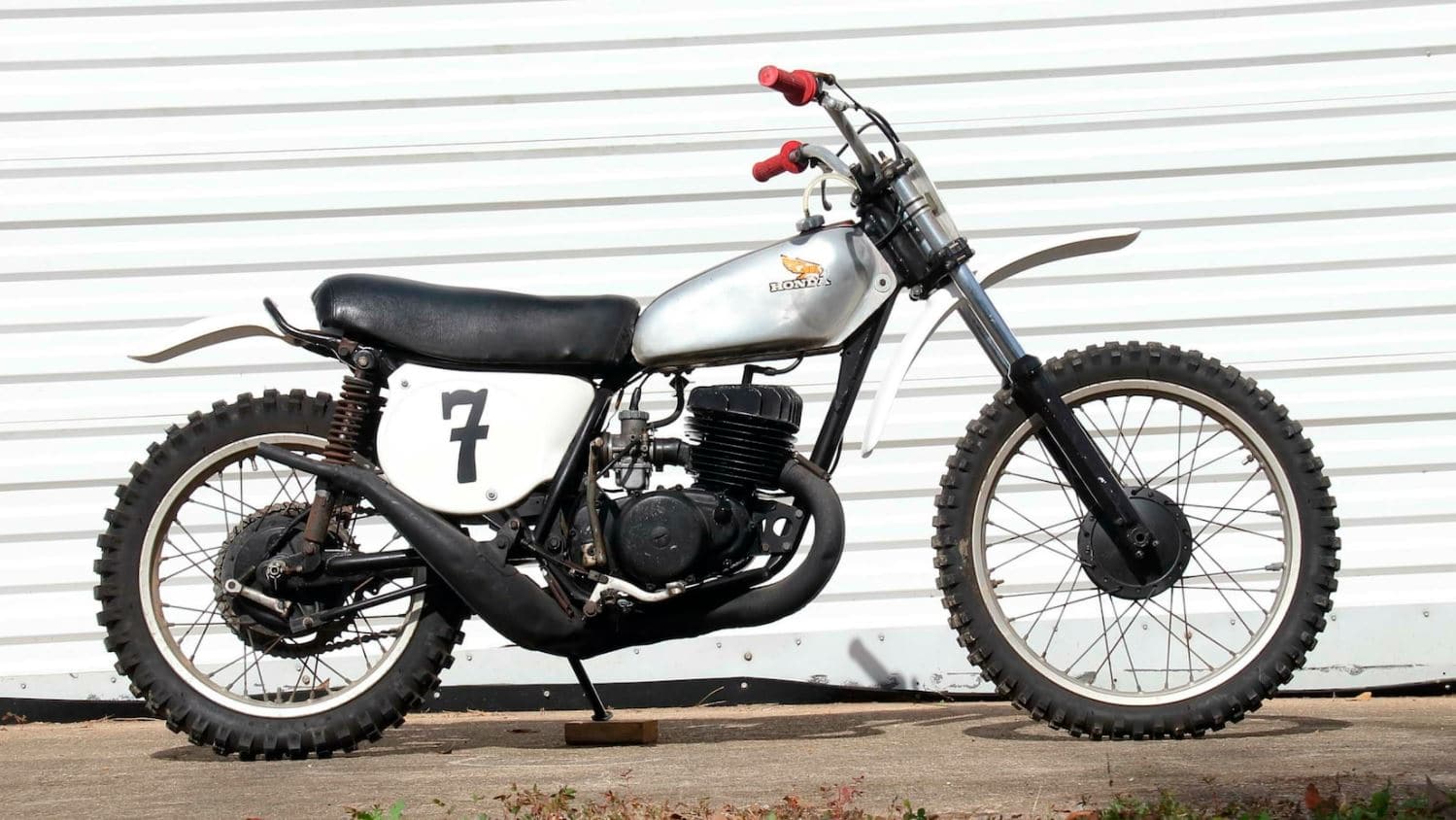 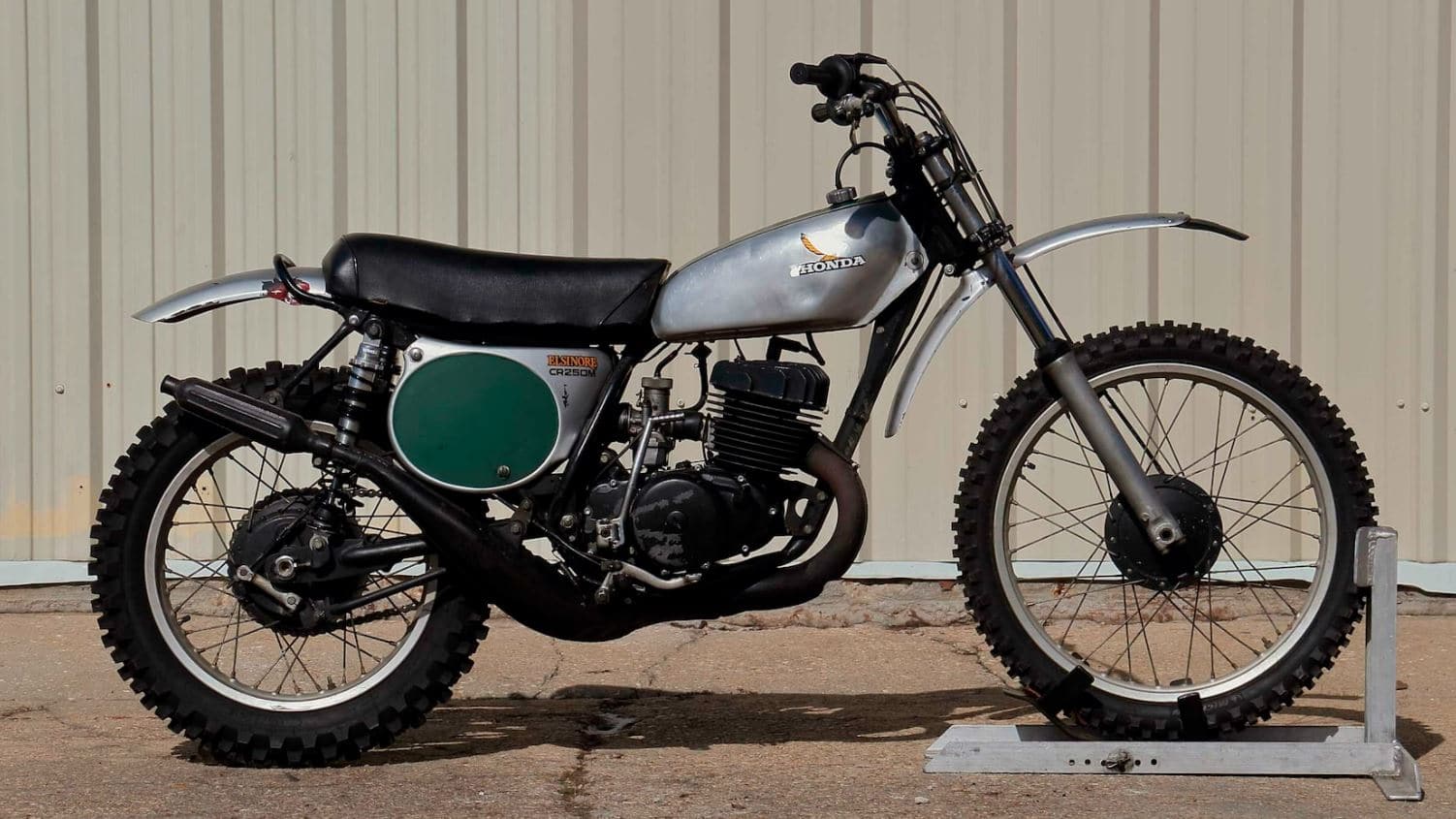 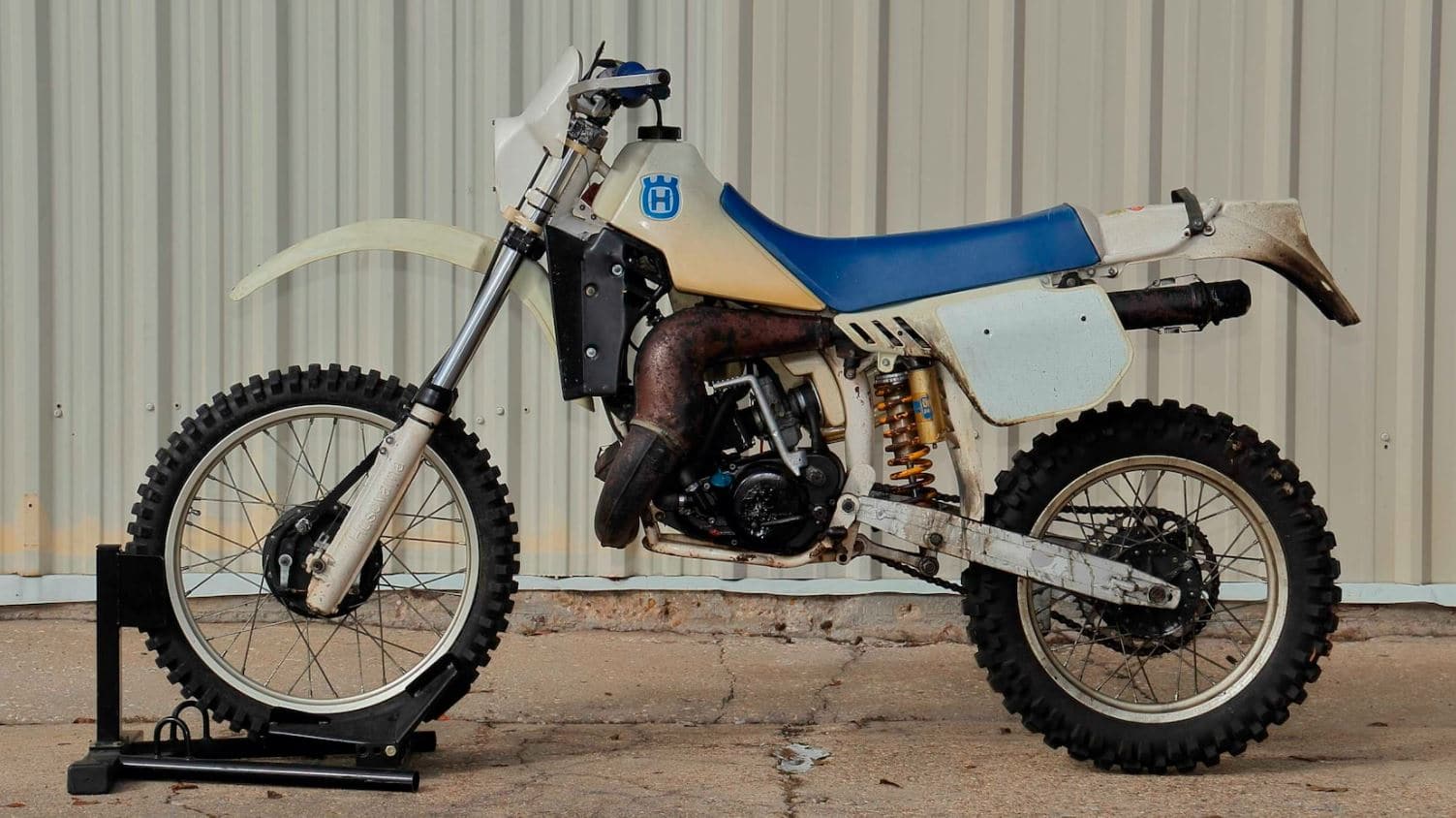 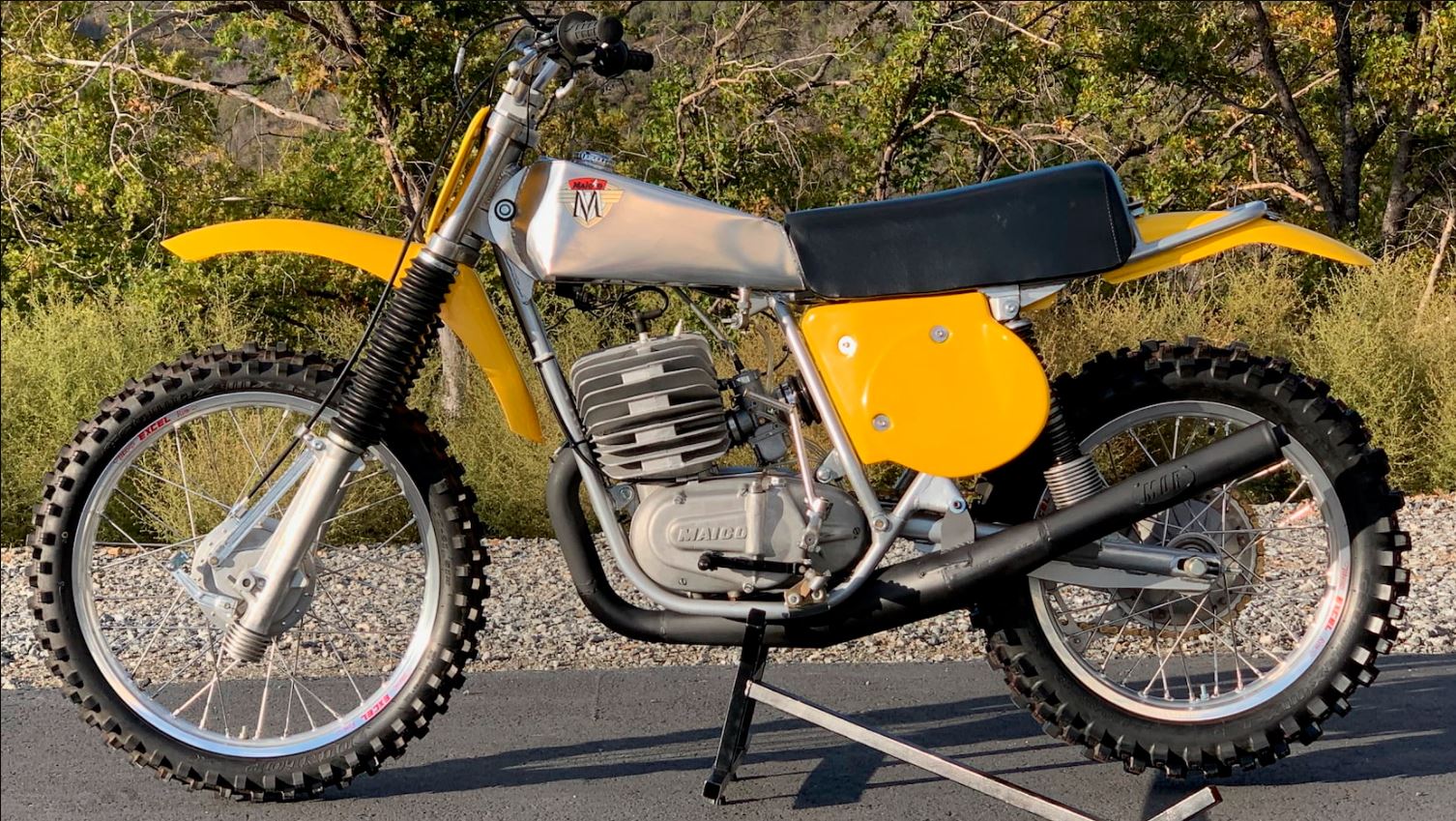 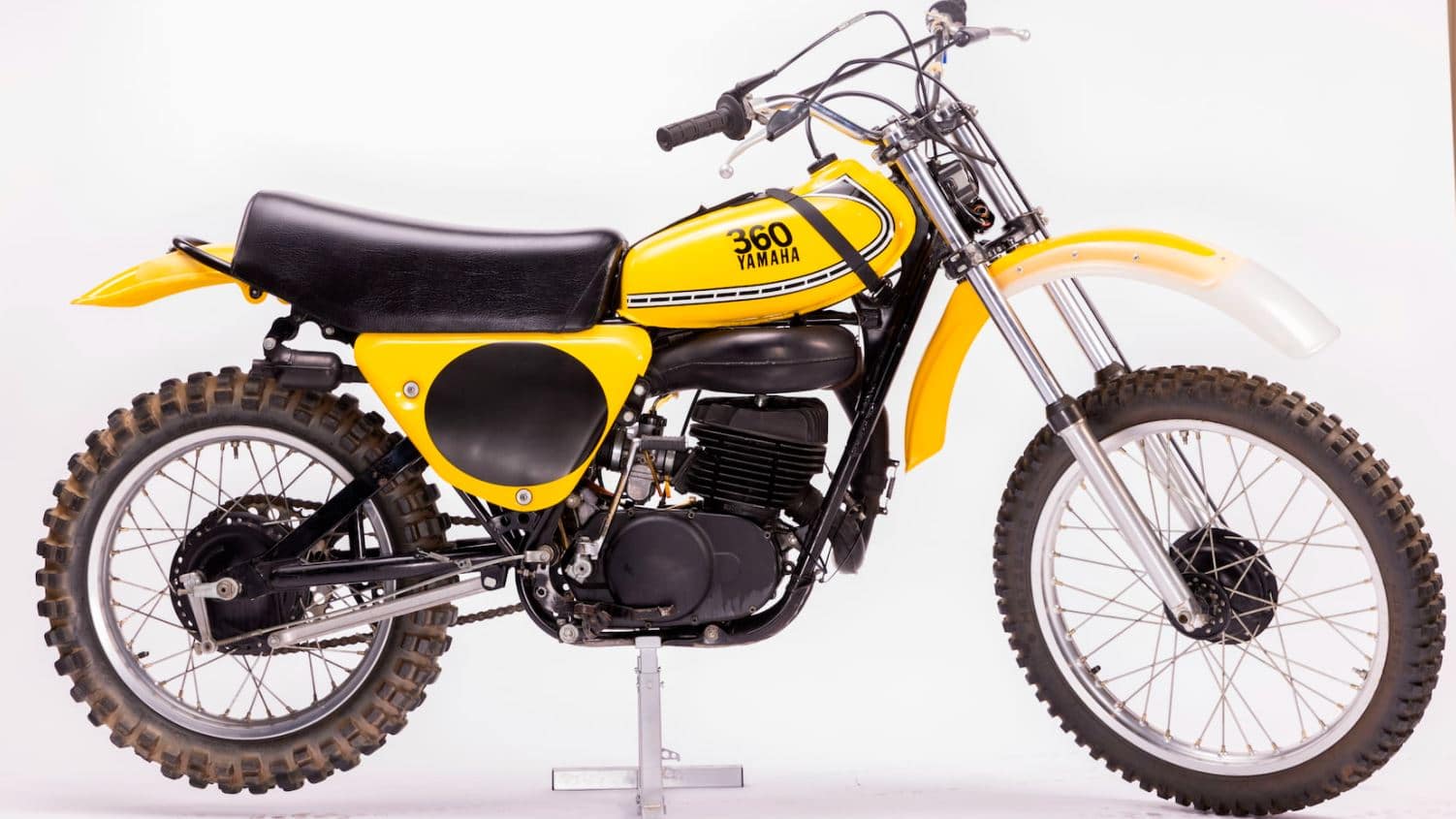 This bike was labeled as a 1974 Yamaha YZ360. That might be true, but the way I remember it, the Monoshock didn’t come to the U.S. until 1975. Canada and the rest of the world had some 1974 monoshocks, but they were white. No matter, it sold for $6050, and probably should have sold for more. 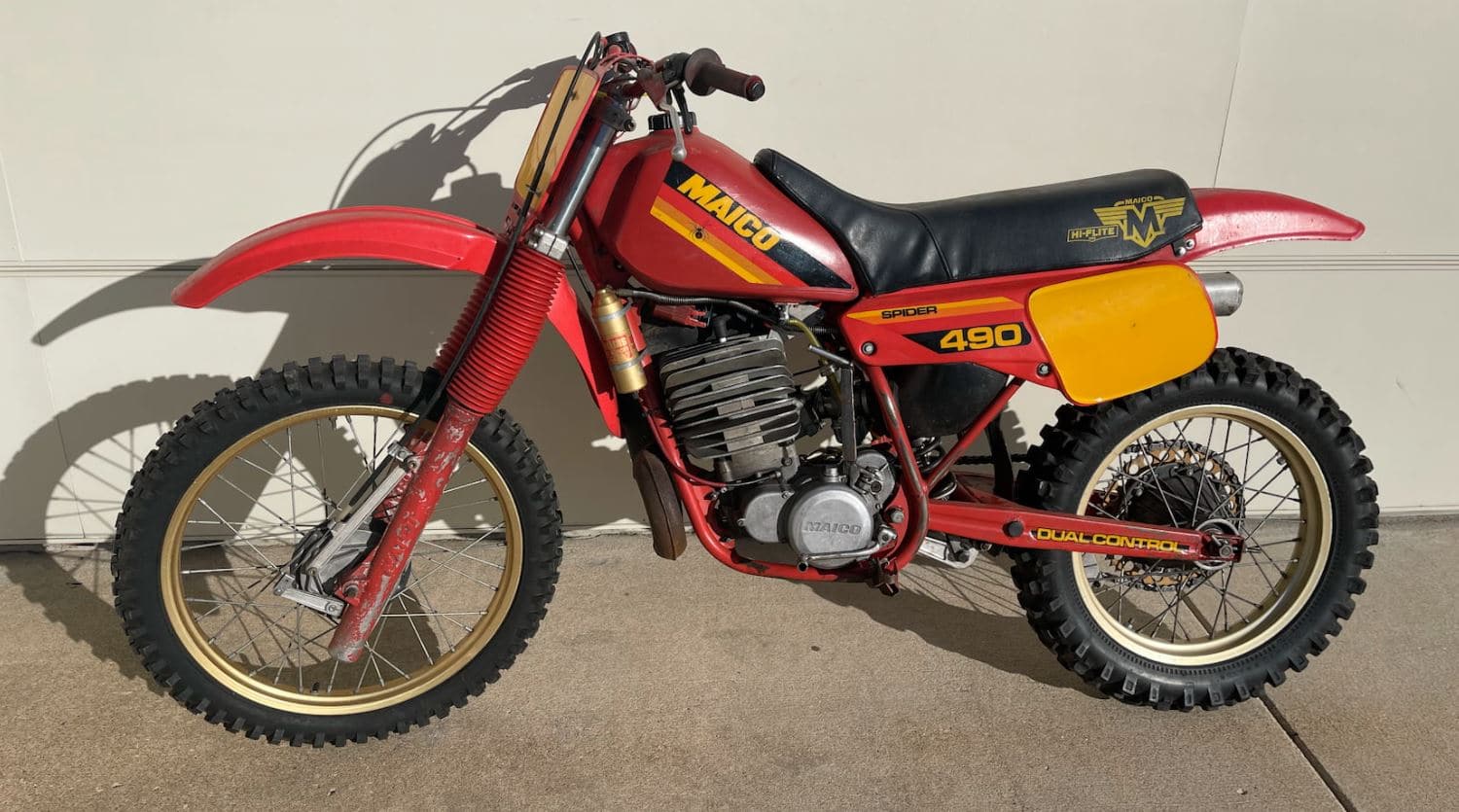 Here’s a weird one. This is a 1983 Maico Sand Spider. It looks like it has gear primary drive (no primary chain). The odd thing is that I have a brochure from 1983 (below) that shows the Maico Spider E with the earlier primary chain. They must have had a mix of different motors that year. I tested a Sand Spider for Cycle Guide, but it was too long ago and I have a hard time remembering what happened yesterday. In 1984, Maicos were called M-Stars in the U.S. There’s more on that below. 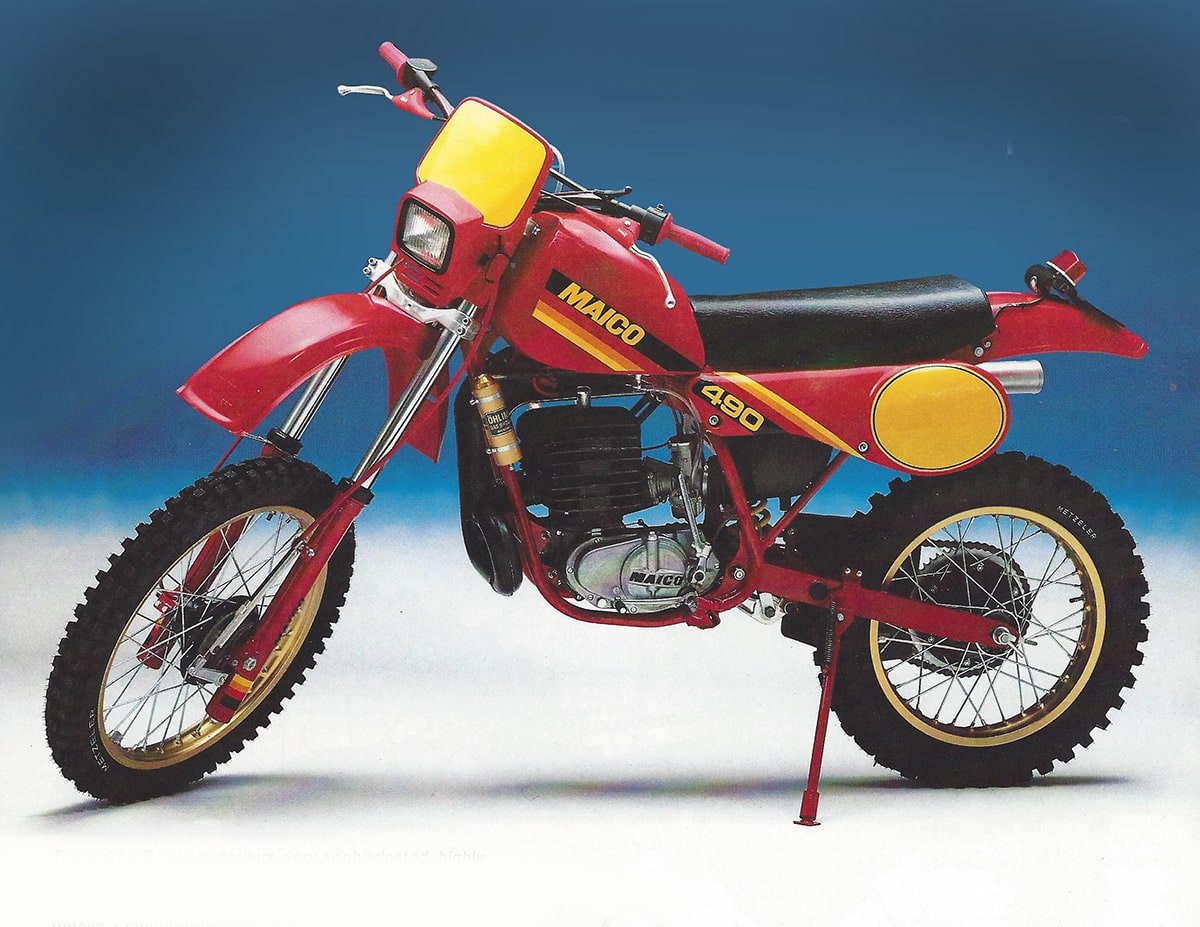 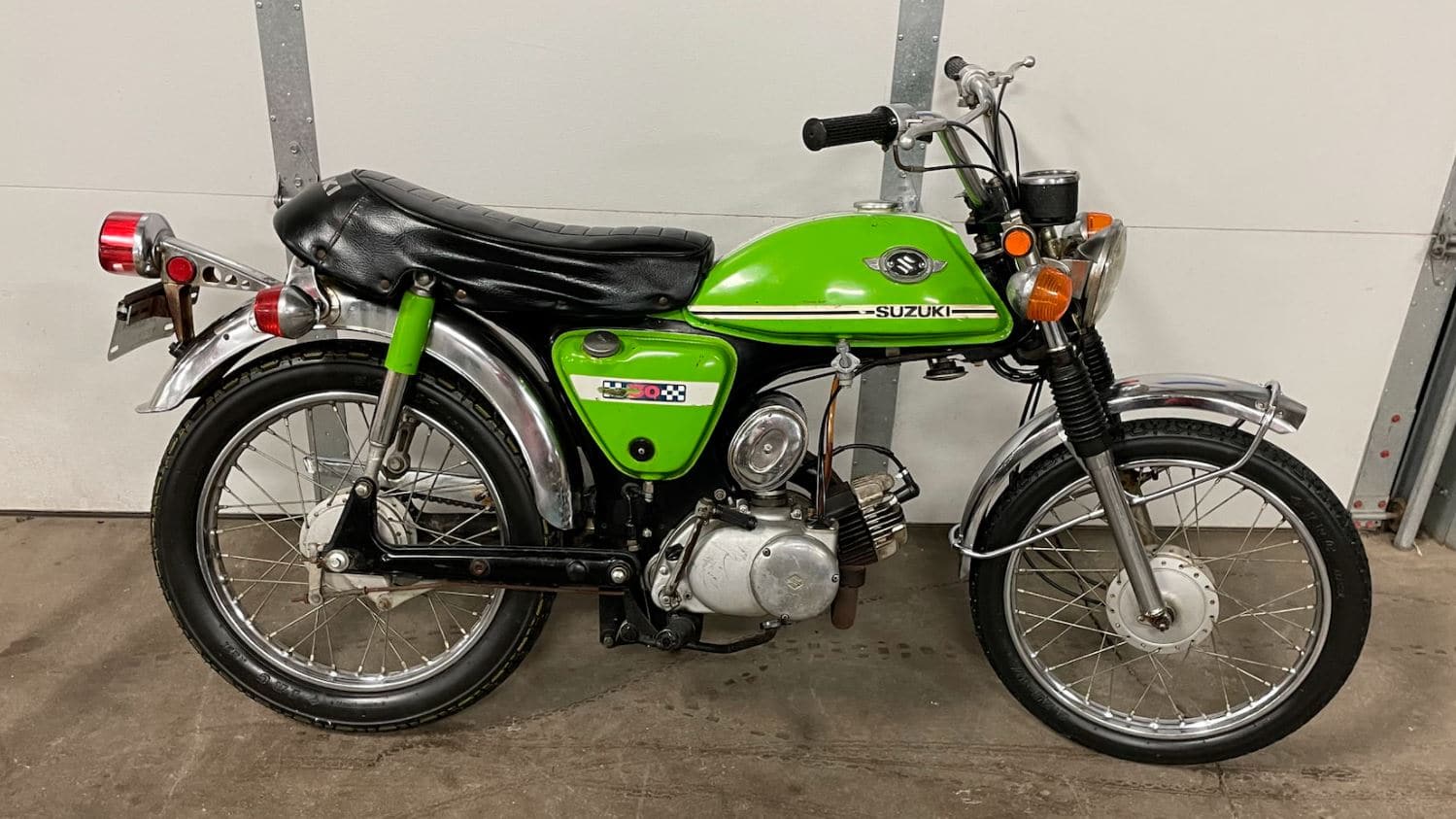 This one doesn’t mean anything to anyone but me. This is a 1970 Suzuki 50 Maverick. That was my first motorcycle. It sold for $990. I am so glad I didn’t register to bid. I would have mortgaged the house. 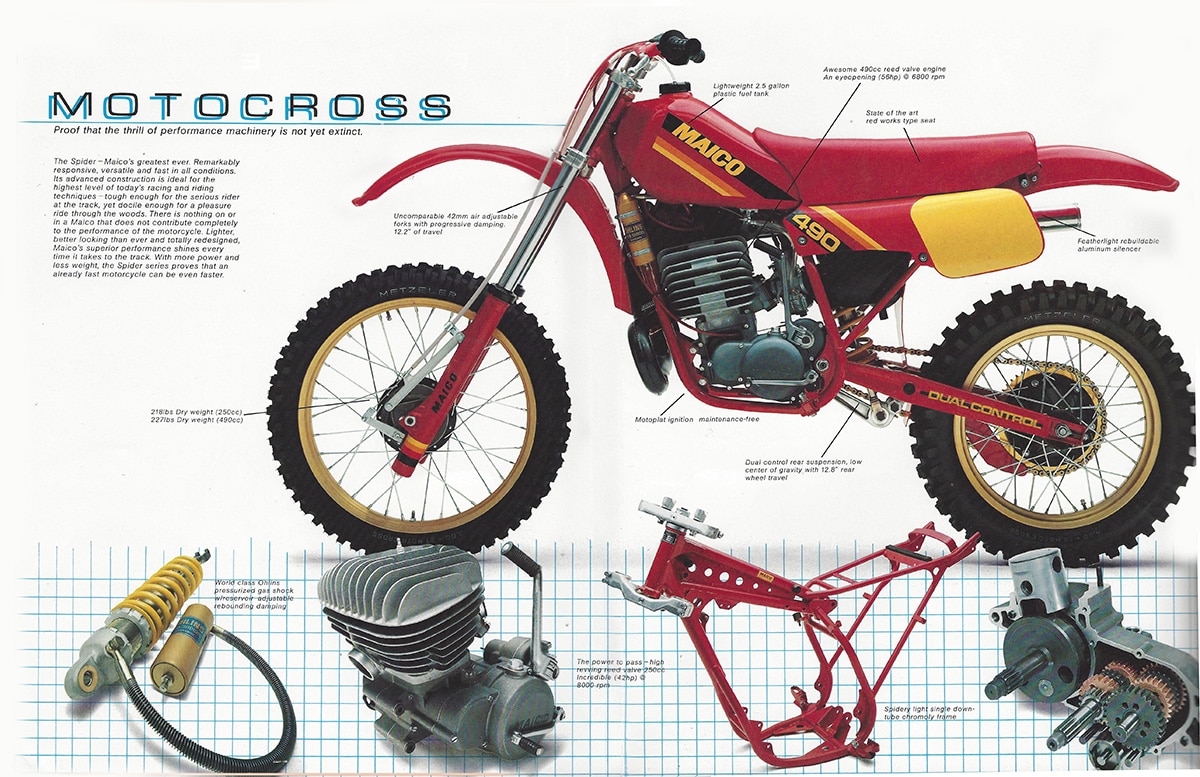 Pete Murray probably wishes he could forget his Maico days but I won’t let him. Pete was a Maico dealer and probably the last rider to race a Maico in Supercross back in 1983. He was also one of the only riders to race an M-Star. M-Star was never homologated, of course. “The guy at tech inspection couldn’t find M-Star on his list,” Pete remembers. “I said if he could find anyone who would claim I had an unfair advantage with a straight face, bring him here. I’d like to shame him. I think he just got confused and let me through to the next station.” In earlier days, riders like Pete insisted that no motorcycles handled as well or delivered such smooth, controllable power. In the late ‘70s, they were probably right. By 1983, however, Japan was making business very difficult for Maico. The company was run by Wilhelm and Otto Maisch and their offspring, who were in a bitter feud over control, and the company went into receivership. Maico West and Maico East, the two U.S. importers, filed for bankruptcy.

In 1984, Ted Lapadakis, who had previously imported KTMs on the west coast (during the Penton years), worked a deal to import Maicos, which were still being produced in limited quantity by the beleaguered factory. Because of the U.S. bankruptcy, he could not use the Maico name, thus M-Star was born. The year 1984 also heralded big mechanical changes, which were hoped to bring the product up to date. The primary chain on the 490 was replaced with pinion gears and the disastrous single-shock design, introduced in 1982, was redesigned. Liquid-cooling was incorporated on the 250, as well. By then, however, there was no stopping Japan, and the family feud for control wasn’t getting any better. M-Star existed for about three years before fading away. What was left of the factory was sold to a Dutch company that made bikes under the Maico name. There were various attempts to revive sales under the Maico name afterward. Ronnie Smith in Georgia was the importer for a while, but the motorcycles were dated and there was nothing left of the original U.S. dealer network. The Dutch company settled into the production of sidecar motors. 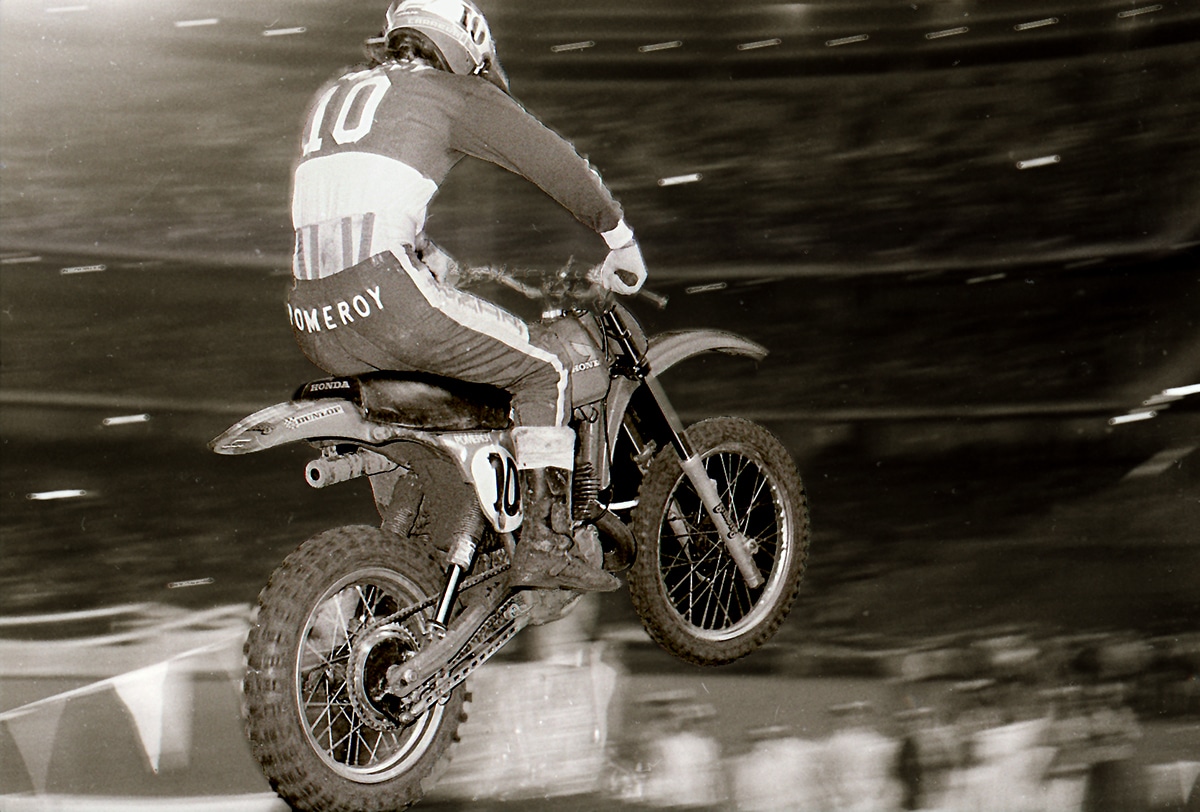 Anaheim 2 is here this weekend. Angel Stadium hosts the longest-running Supercross, going all the way back to 1976. For me, it’s really special because it was the first Supercross that I shot from the floor. It was 1977 or 1978. I was working for Mike Goodwin, shooting advertising that appeared on the big screen. No, that wasn’t a paying gig. Here are a few of the photos that survived. 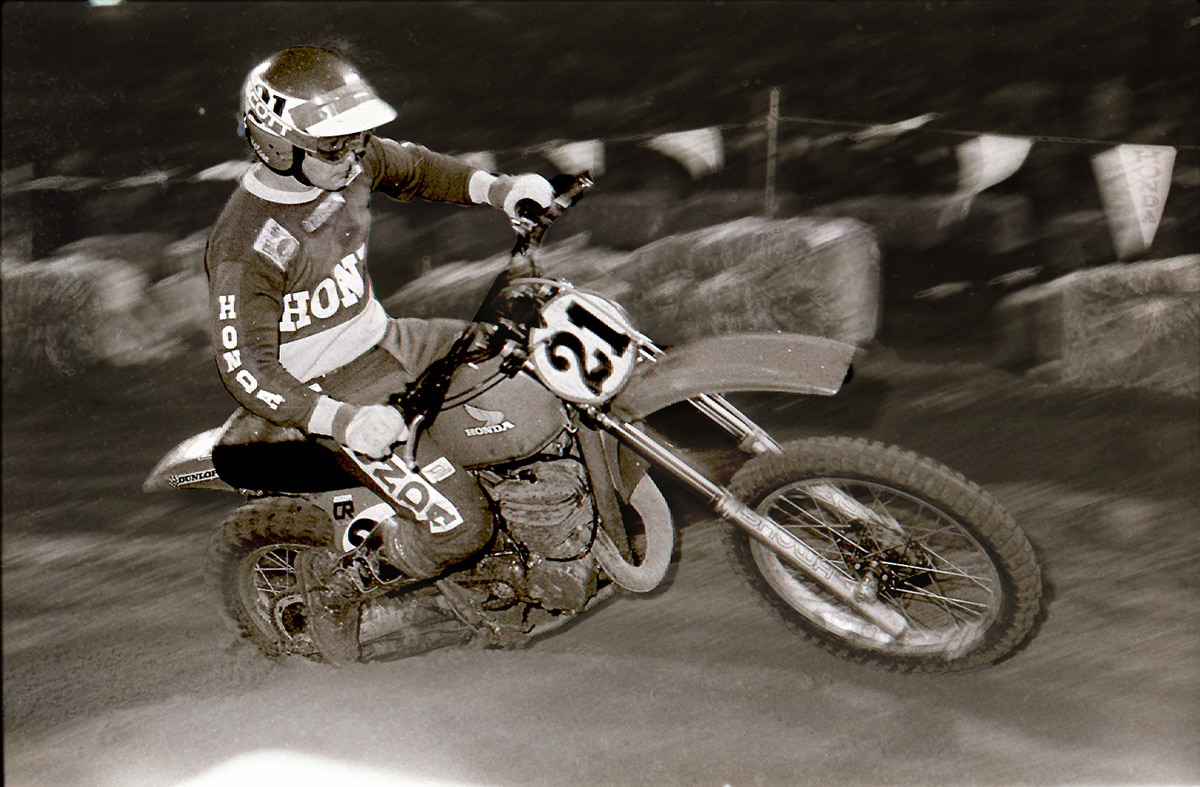 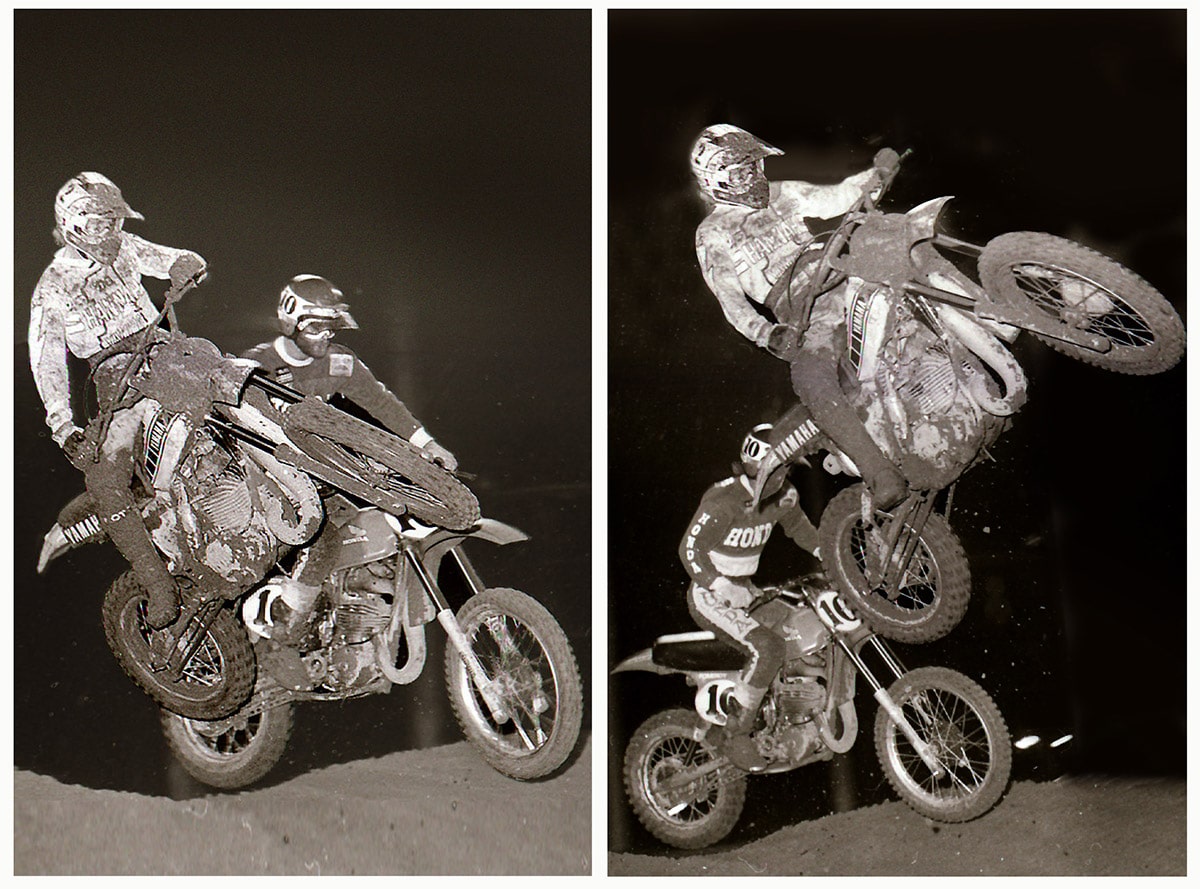 My memory is so crappy that I can’t even figure out how I took the sequence above. I was shooting with a Minolta SRT101, which had no motor drive capability. Either I had a very quick thumb or Hannah did this to Jim Pomeroy on two consecutive laps. The flash was a Vivitar 365 on the “Yellow” setting, which means that Bob still has a tiny blind spot he can’t explain.

The American Motorcyclist Association already announce that Brandy Richards is their “Motorcyclist of the year.” They have a bunch of other awards, as well. The AMA Athlete of the Year awards went to Steward Baylor (National Championship Series), Levi Kitchen (Grand Championships) and Walker Fowler (ATV).The AMA Veteran/Senior Racer of the Year was Broc Peterson, while the AMA Youth Racer of the Year award was given to Cole Forbes, the AMA National Enduro Futures champion and GNCC Super Mini champion. Becca Sheets was recognized as the AMA Female Racer of the Year for her stellar performance in the AMA Grand National Cross Country series.

AMA ATV Athlete of the Year

AMA Veteran/Senior Racer of the Year

AMA Youth Racer of the Year

AMA Female Racer of the Year

Motocross Organizer of the Year

Off-Road Racing Organizer of the Year

Track Racing Organizer of the Year

ATV Organizer of the Year

Recreational Off-Road Organizer of the Year

AMA Club of the Year

AMA Sportsman of the Year

See you next week!