This week we were visited by the guys from a French company called Electric Motion. As you might surmise from the name, they make electric motorcycles. EM has been around for almost 10 years now, and is actually way ahead when it comes to electric dirt bike development. In 2013 their first competition trials bike was introduced and it won the French Championship the following year. Now the company has four different models based on two different platforms. The ePure and ePure Race are trials bikes, while the Escape and Escape-R are hybrid machines designed for recreational trail riding.

Electric Motion’s Escape-R and ePure Race models are pretty much identical, except when it comes to bodywork. The ePureRace has the traditional trials configuration, whereas the Escape-R features a higher, enduro-style seat. What really makes these bikes different from other electric bikes we’ve tested is the TKO (TickOver) system. A switch can activate Idle mode, which turns the electric motor at a constant, sustained rpm without the throttle being turned—similar to how it feels when a gas-powered machine is idling. This is designed to improve acceleration and traction at low revs, making it easier for the rider to control.

EM is also the first electric motorcycle company to equip their R-model machines with a fully functional hydraulic diaphragm clutch. This clutch works with the same concept as what we traditionally find on gas-powered machines and is very useful in trials competition settings, allowing the rider to build up rpm and then modulate power needed for doing certain maneuvers.

On the Escape R and ePure Race, the top button activates the fixed regenerative braking system, which applies an engine brake force depending on the speed of the rear wheel. There is also an option for a progressive regenerative brake system on the “R” model, as well, just like what comes on the standard models.The map button at the bottom of the switch allows the rider to switch between six different pre-programmed maps. The LED at the center displays a color that corresponds with the current map selection.

The standard Escape and ePure models are equipped with the same motor, chassis, wheels and styling as the“R,” but do not have the upgraded suspension options, TKO idle system, hydraulic clutch or as many mapping options to choose from.The one item on the standard model that is an option on the “R” models is the progressive regenerative brake (PRB) system on the left-hand lever. When PRB is enabled, the left-hand lever works almost like a rear brake. Pulling the lever engages the regenerative engine brake and slows the rear wheel all while charging the battery. The farther the lever is pulled in, the more the rear wheel slows. 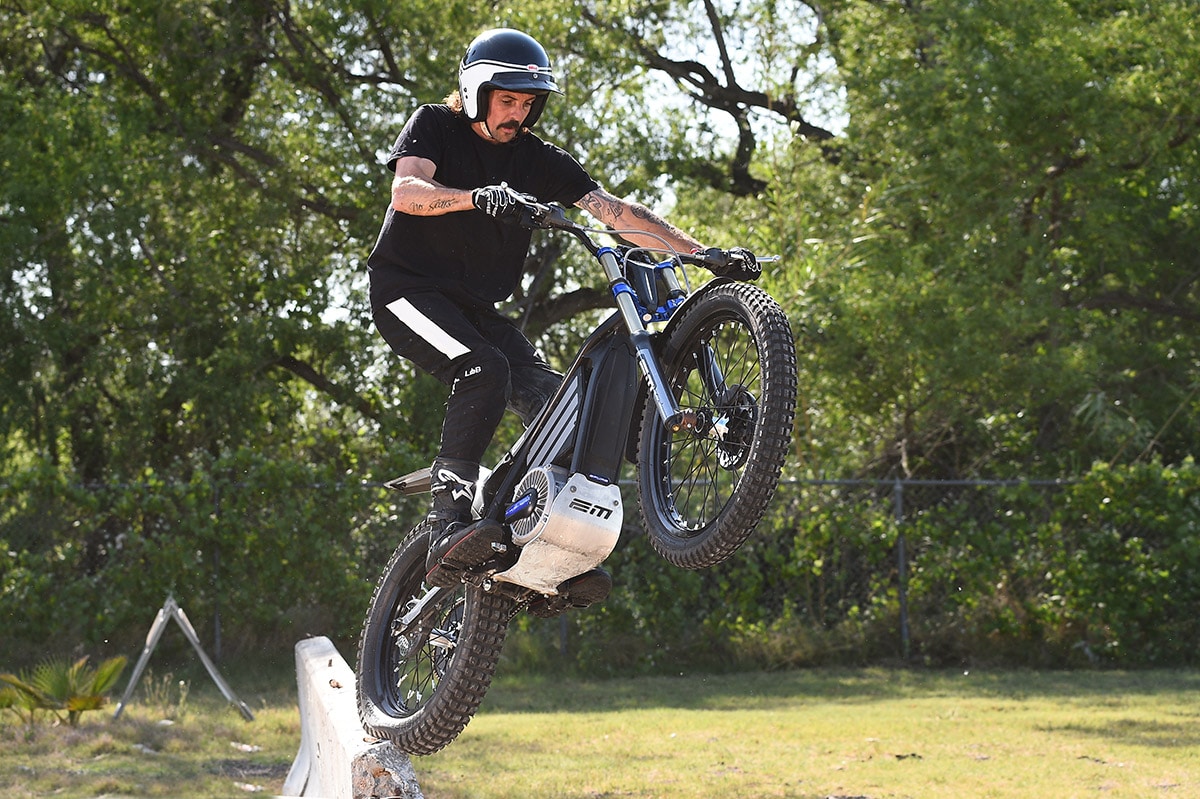 We only rode the bikes briefly. But that was enough to make us understand that Electric Motoin understands what we want. Other electric bikes we have ridden are alien things that require a huge learning curve, simply because they have no clutch or rear brake models. By having these controls, your traditional riding skills transfer directly over. We also got a demonstration of what the bikes can do from Christophe Bruand, a world-class trials rider. It was flat amazing. We have an Electric Motion test bike in the garage now, so stay tuned for more!

SATURDAY AT THE GLEN 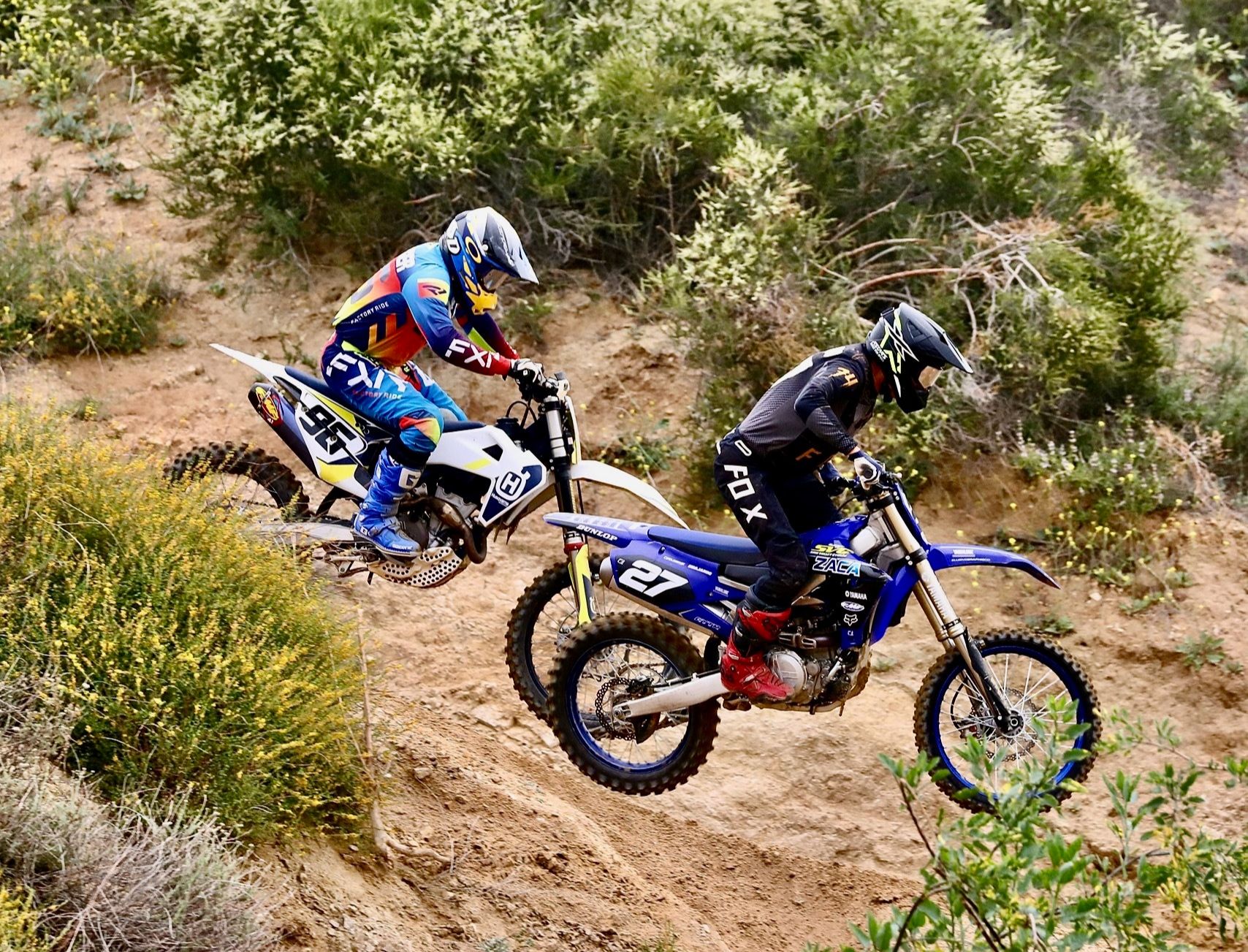 Round three of Saturday MX at the Glen will be held on April 30th. Gates will open at 6am with a $10 charge per person. Practice will commence at 8am and the first race will start at 9am. Pre-entry fees are $30 per class and post-entry fees are $40 per class. Save some money and register for round three now!

Practice starts at 8am


(Each practice will be 8 minutes)

*Times and schedules are subject to change 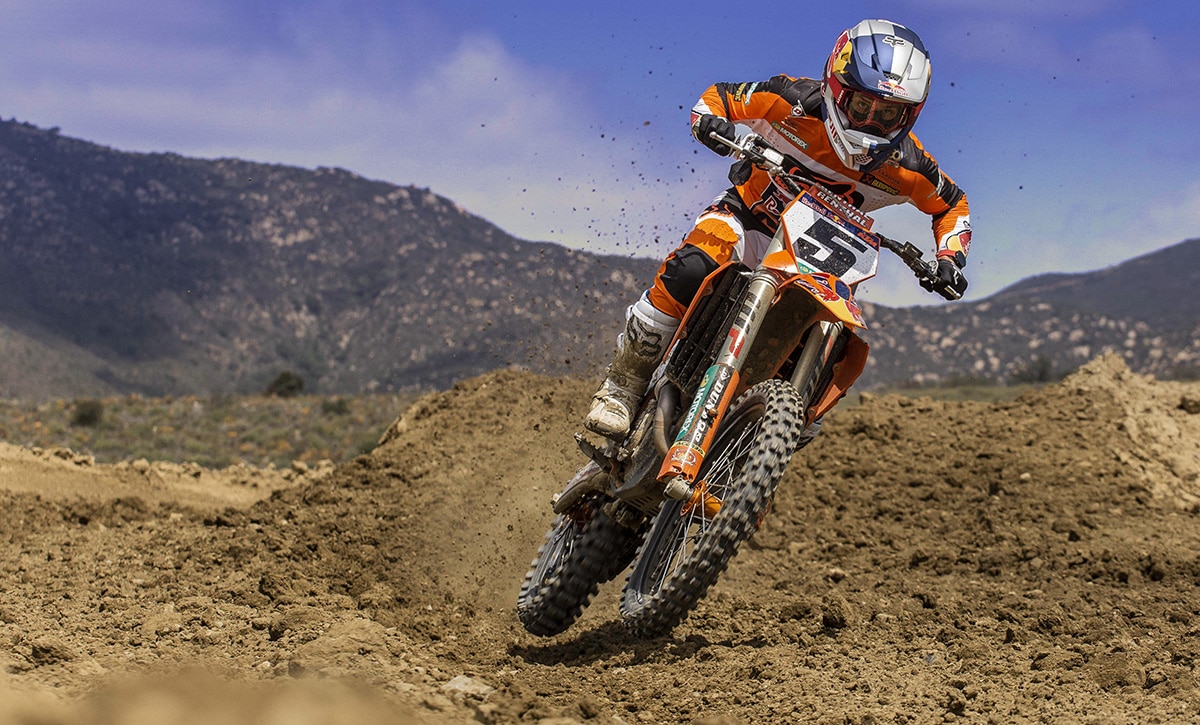 With one of the most exciting and unexpected announcements in the history of American motocross, four-time AMA National Motocross Champion Ryan Dungey will come out of retirement to contest the opening rounds of the 2022 Lucas Oil Pro Motocross Championship, sanctioned by AMA Pro Racing. The Minnesota native amassed one of the most decorated careers in series history before he announced his retirement from racing just prior to the start of the 2017 summer campaign, but now, five seasons later, he’ll return to the starting gate as a member of Red Bull KTM Factory Racing, with whom he captured the 2012 and 2015 titles in the 450 Class. Fittingly, Dungey’s comeback will also welcome the return of his famed No. 5 on the KTM 450 SX-F Factory Edition. 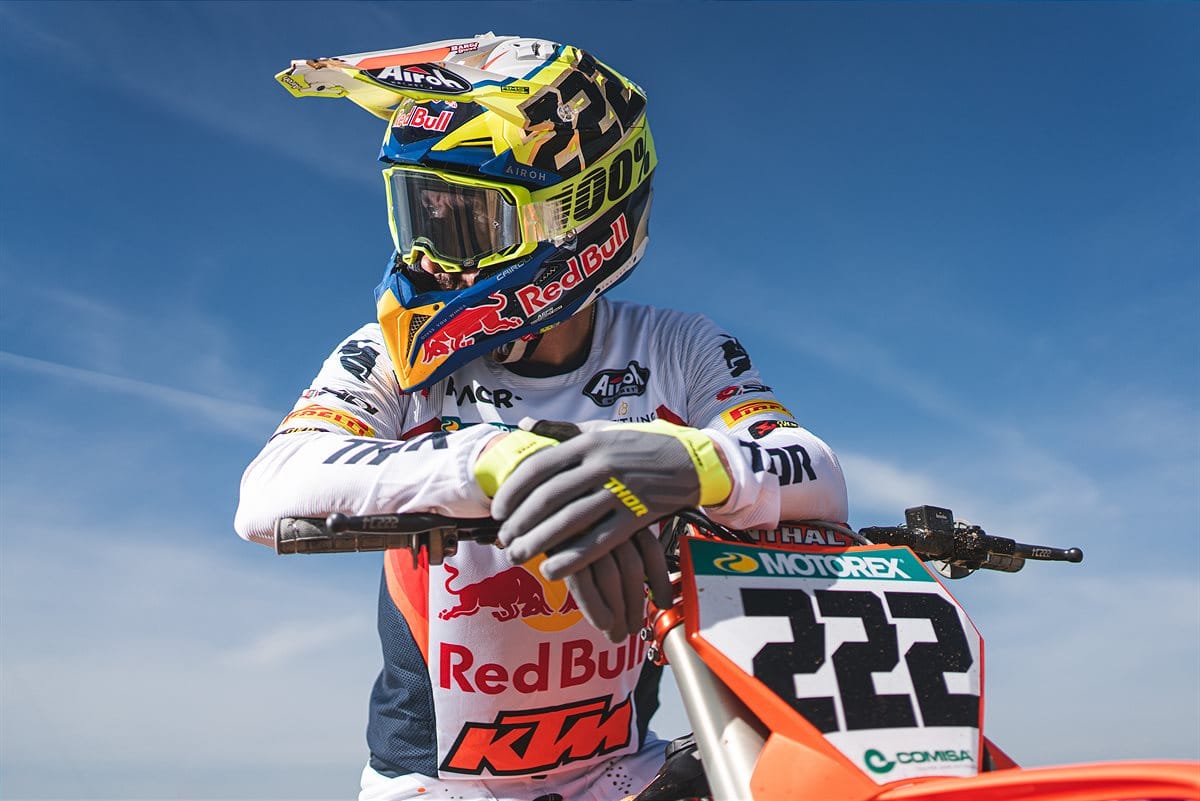 “We knew that the 50th anniversary season of the world’s most prestigious motocross championship was destined to be one for the ages, but nothing could have prepared us for the competitive return of two of motocross’ most prolific champions in Ryan Dungey and Antonio Cairoli,” said Davey Coombs, President, MX Sports Pro Racing. “When Ryan retired in 2017 it certainly felt like he still had a lot left in the tank, so it was bittersweet to watch him step away in his prime. While a return to action was always something we’d hoped would happen, today’s announcement is unprecedented and we cannot wait to watch two ageless legends of the sport go bar-to-bar with their younger counterparts this summer. Seeing the #5 and #222 together on the track will truly be one of the series’ landmark moments.”

Not to be outdone, Dungey can simply look next to him under the Red Bull KTM Factory Racing tent for inspiration and motivation for what’s possible past 30 years of age. Just one week ago, the Austrian manufacturer announced Italian MXGP icon Antonio Cairoli would make his Lucas Oil Pro Motocross Championship debut at the opening rounds, bringing his nine FIM World Motocross Championship credentials to the states at the age of 36, just five months removed from his retirement from Europe’s premier series. The two have gone head-to-head here in the U.S. just once, at the 2010 FIM Motocross of Nations from Colorado’s Thunder Valley Motocross Park, and engaged in a memorable battle for the win for their respective countries, from which Dungey emerged triumphant in leading Team USA to victory on home soil.

Combined, Dungey and Cairoli provide the single-most-successful combination of teammates the sport has ever seen as they join Cooper Webb and Aaron Plessinger, two AMA National Champions in their own right, for a historic lineup at Red Bull KTM Factory Racing. They, and the rest of the star-studded international field of the world’s fastest riders, will line up for the first time together on May 28 in Southern California at the Fox Raceway National before traveling to Northern California for the legendary Hangtown Motocross Classic on June 4 in Sacramento. 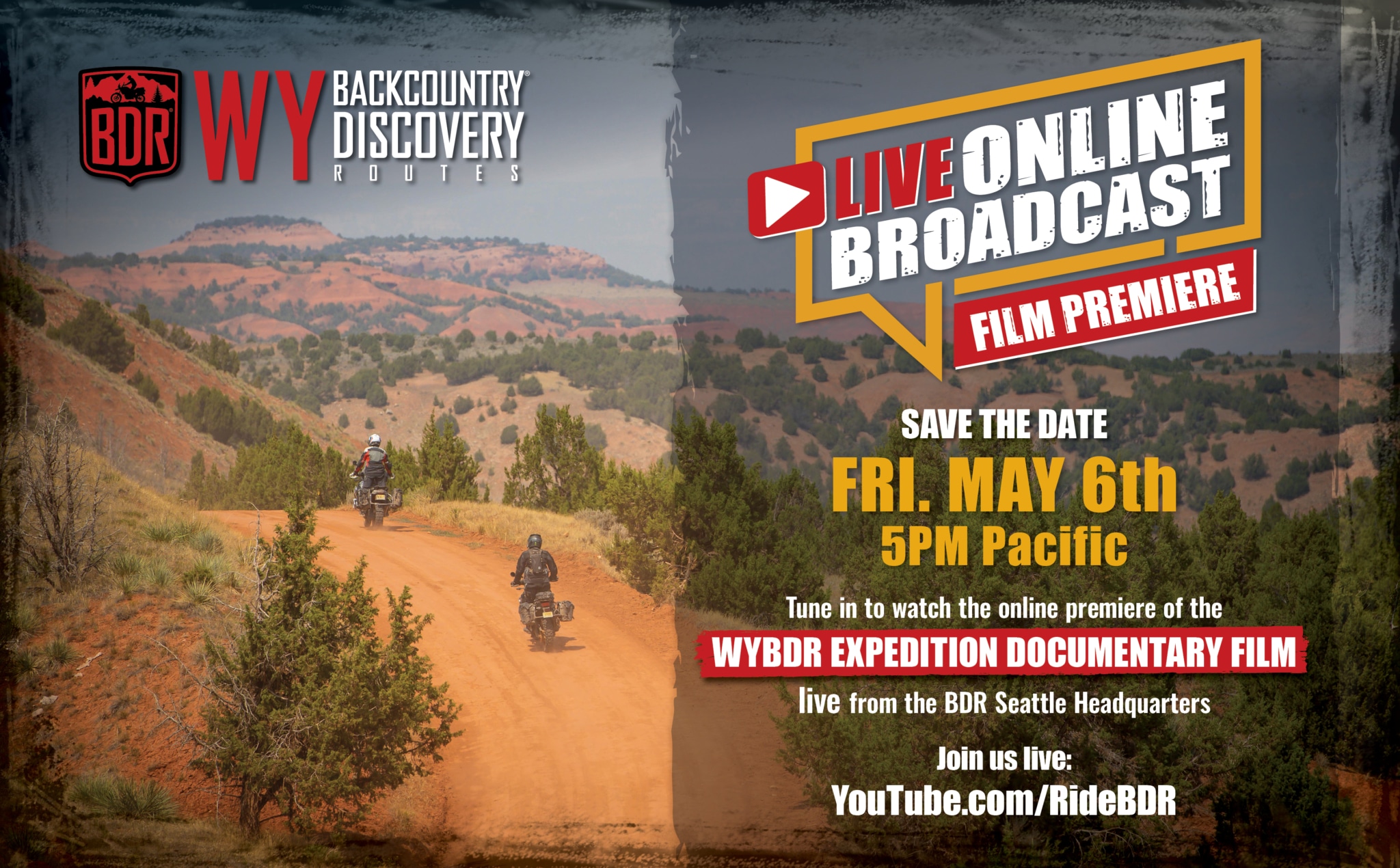 Check out the live online screening of the WYBDR expedition documentary film on Friday, May 6th, at 5:00 pm PST.

They will be broadcasting live on YouTube from the BDR World headquarters in Seattle, WA. After a brief welcome and introductions from the BDR team, they’ll screen the first half of the WYBDR film.  During a 15-minute intermission, they’ll answer some of the questions from the community, and then show the second part of the film.  After the screening, stay tuned for final remarks, and a special announcement from the BDR team.

Get your friends together and tune in for an exciting evening of adventure motorcycle film entertainment with the BDR! 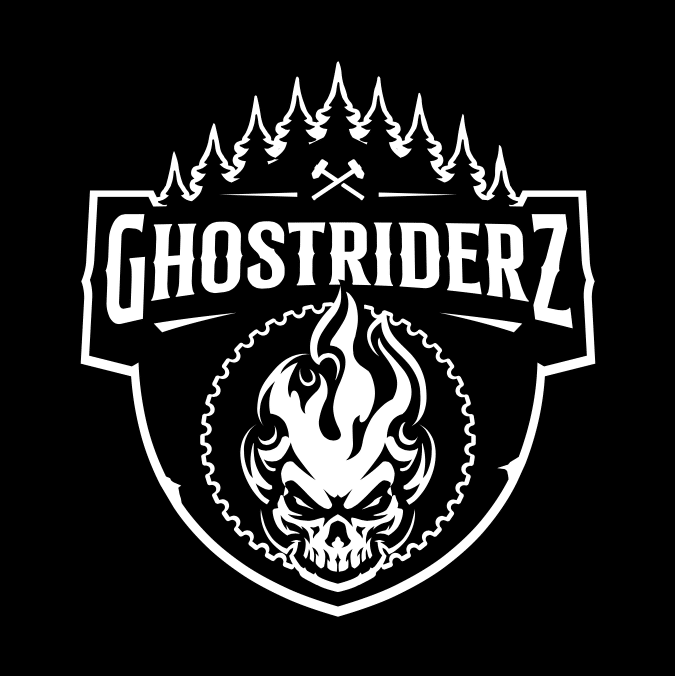 During the latest AMRA competition committee meeting, a new club, the GhostRiderZ, was unanimously voted in as the 11th club of of the Arizona Motorcycle Riders Association.

GhostRiderZ is a valley wide, up and coming club, that boasts a quickly growing membership. Club president, Lee Cunningham, and member Lyndon Branch were on the call to answer questions, share their vision, and have provided some new fresh ideas they want to help bring to AMRA. They hold multiple rides weekly and even bigger rides on the weekend so check them out if you’re looking for club affiliation.

AMRA President Chris Attel was ecstatic saying, “It’s great to have another club joining AMRA, helping to grow our series, and our off-road community here in Arizona. It’s good for our members, it’s good for the health of the sport, and we’re glad to have them coming on board.”

See you next time!

AMA: May is Motorcycle Safety Awareness Month; Use Caution